Anything, anywhere, anytime. We have galleries at our fingertips! If you’re interested to participate in an Art Attack please send a proposal to art@rabbitmovers.com . 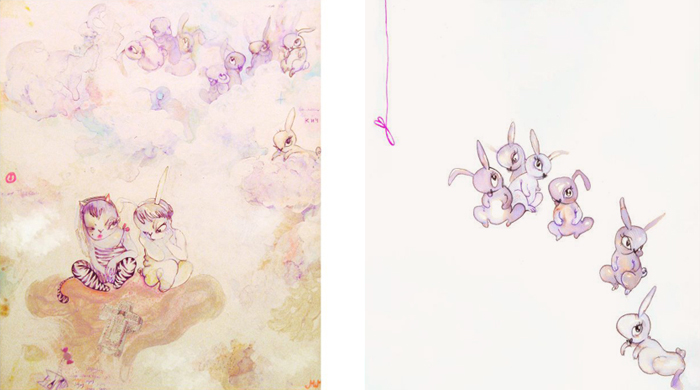 MM is a post-anorexic artist operating in the context of headless Barbie movement. Marina Markovic’s personal experience with anorexia places her work in constant relation to maturing and sexuality; themes of consumption, consumerism and postmodern society. Her work is both representative and performative practice of making various social systems network visible and embodies contemporary consumer structures. Processes in which a society is molding individuals are unmasked by reproducing the connection between the satisfaction and the pain - the unstoppable machine by whose inner workings the new needs emerge.

Her work considers consumption in all its extents (food, ideology, media contents and products, body – un/conscious image). The work includes both the body’s restrictions: on one hand, enjoyment in violation, deprivation and obsession to control such a complex and changeable system as the body itself, on the other. Within Marina’s earlier work the body and its changes represent the medium and the very object of art. Recent work is moved from the body practices to the object treatment questioning consumption and processes of personal de/subjectivisation through consumption. In these works documentary and archiving practices replace artistic approach to the theme.

Marina Markovic (born in Belgrade, Serbia, in 1983) graduated from Faculty of Fine Arts of the Belgrade University of Arts. Since 2006 she has exhibited widely in personal and group exhibitions throughout Serbia, the United States, Great Britain, Japan, Mexico and beyond. A Fellow of the Young Visual Artist Award and Dimitreije Basicevic Mangelos Award for 2011, Markovic co-founded and regularly collaborates with Third Belgrade Independent Artist’s Association. 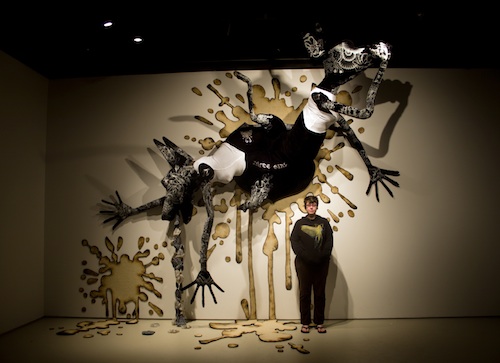 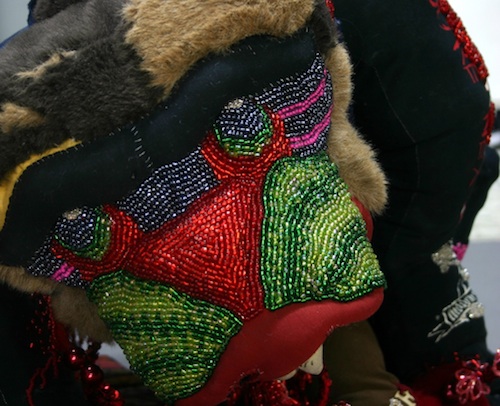 Dumb Diesel is a continuation and expansion of a body of work begun nearly two years ago using second hand tee shirts. Earlier work in this series was made completely from my own shirts, embedded with a personal and intimate history. This new piece is made from shirts given to me by a stranger, and required a fictional history, coming from without myself, to inform the work. The series as a whole has focused from the beginning on the reinterpretation of the symbols and icons of “popular counter culture” displayed and advertised on the shirts. These images are recontextualized on archetypal figures through the “crafts” of hand sewing and beadwork.

This piece was heavily influenced by my move to Brooklyn one and a half years ago. Suddenly there was no space to build sculpture and no budget for supplies. By necessity the work grew smaller, and at the same time, the process became more detailed and tedious; it was as if I felt that I had to take an entire year to build a two foot by four foot piece, as it had once taken me a year to build a ten foot by sixteen foot piece. Brooklyn has also given the work new icons and stereotypes to exploit. Dumb Diesel’s narrative, characters, and “veneer,” I suppose, are all directly influenced and informed by the people I have met during the past year in Bushwick, and how these people express their identities through their clothing, from New York Hard Core to Thug Bling. 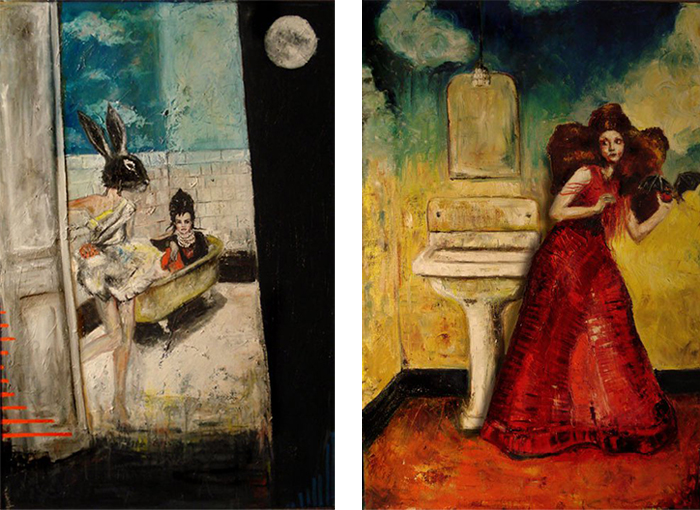 From the inside out I explore the world and the events that are happening in this, my time. With my Art I share myself, my heart, my journey as well as the objects and people that are part of it. I have a sentimental heart therefore this Art is my heart exposed it translates the inaudible language of the heart but also reflects the power of the spirit, how it overcomes trial and tribulation only to reemerge stronger.

My pieces are bittersweet romanticism. My artwork speaks of emotion because sometimes the most significant things are unexplainable. Each piece I create evolves from a compilation of feelings - the timelessness of love, the beauty in peeling off a scar, the overwhelming sensation of breaking in the dark, happiness, pain, and the in-betweens. They are as purposely imperfect as life is complex. 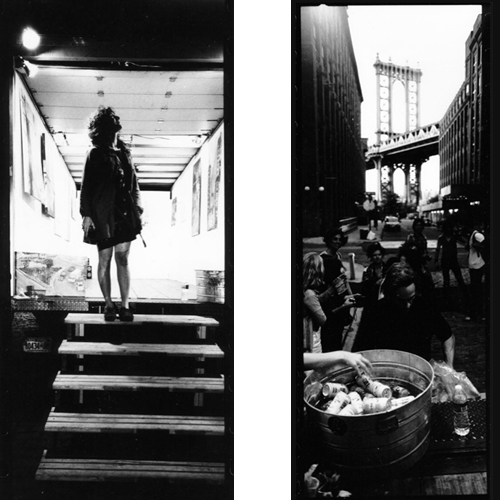 Moving Violation is a selection of paintings from the series QUOTA, and shows the progression from abstract canvases to strikingly concrete corners of the city. Light and movement are key elements of the works as are the ...actual sheets of the familiar bright orange violation paper. As the siege of the city has also transformed, the coffers still regularly reinforced with the dollars of the hard-working folks, the relevance of this series continues.

As an art student during the mid-90's in NYC, Orianne spotted her first discarded parking ticket strewn on the ground near 23rd street on the eastside. Finding it a compelling piece of urban design, she decided to keep an eye cast downward as she maneuvered the city to see how many more she could find. The collection grew rapidly, and still does, though they are never taken off cars nor acquired illegally in any way. It is incredible how many of these garish and obvious shards of paper there are littering the streets and, ironically, the collection was sparked just as Mayor Giuliani began his obsession with cleaning up the city. Some tickets are reclaimed in frustrated pieces, others waterlogged, many still in a pristine condition. Certain gems were written upon, with insults and messages to those bearing the bad news. In their found state, they are incorporated onto the canvases as both overt and subtle elements.